Fillers are medical products. They are skin filling agents which are injected in the soft tissues of the face in order wrinkles to be removed, the lost volume in the different zones and the turgor of the skin to be restored. They consist of hyaluronic acid which is a natural ingredient of the organism. It has a positive effect on skin, as it attracts the water molecule and it moistens the skin. The manipulation with dermal filler begins with anaesthesia of the zone which will be treated.

The procedure is really short and unpainful – it takes about 30 minutes. The duration of the effect of the filler depends on the treated facial area, as well as on this whether it is applied for the first time.

The most often treated zones are:

from the nose towards the edges of the mouth (nasolabial folds)

between the eyebrows (glabellar wrinkles)

Botox is neurotoxin which blocks the transmission of nervous impulses from the neuron to the myofibrilla. In this way the muscle remains in permanent status of relaxation, i.e. it does not contract. It can be treated wrinkles in the area of the whole face which are caused by the contraction of the muscle, not by the skin sagging. The areas which are best affected by Botox are the upper part of the face, i.e. the wrinkle between the eyebrows, the line of the whole forehead and the lateral part of the eyes (the wrinkles which are called “crow’s feet”). The durability of Botox depends on the organisms and its ability to degrade it. It usually lasts for 4 – 6 months. The procedure does not take a lot of time, it is fast and it can be performed during a single visit after the application of anaesthetic.

This is a needle method for injecting in the skin of cocktail of vitamins, aminoacids, minerals, coenzymes, antioxidants, etc. It can also consist of hyaluronic acid which smoothes the fine wrinkles very well. It is necessary to be performed several procedures, as they are usually 3 in two weeks. Mesotherapy allows the superficial and deep wrinkles to be removed, the dryness and the skin slackness to be defeated, its lowered tonus to be restored, its dark tan to be removed, as well as the dark shadows under the eyes.

It is successfully used for regenerating, firming, refreshing and protecting the skin of the face, neck, low neck and the hands. It is the only method which leads to the formation of new, healthy, thick and completely rejuvenated tissue. Plasmolifting or the “vampire” lifting is made during a single visit where blood is first taken from the patient. This blood is then centrifuged in order the blood plasma to be separated and then injected in the skin.

How many procedures have to be performed for the achievement of significant and permanent effect?

It is recommended a course of 3 therapies in 2 weeks. The plasma contains 90% water and 10% dissolved in it biologically active substances: proteins, aminoacids, vitamins, minerals, enzymes, hormones, nutrients – glucose and lipids. When it is injected a lot of natural growth factors are released which stimulate the cellular recovery. 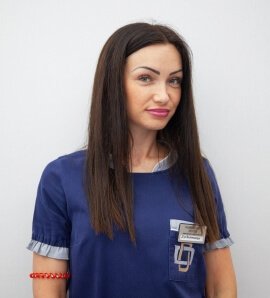